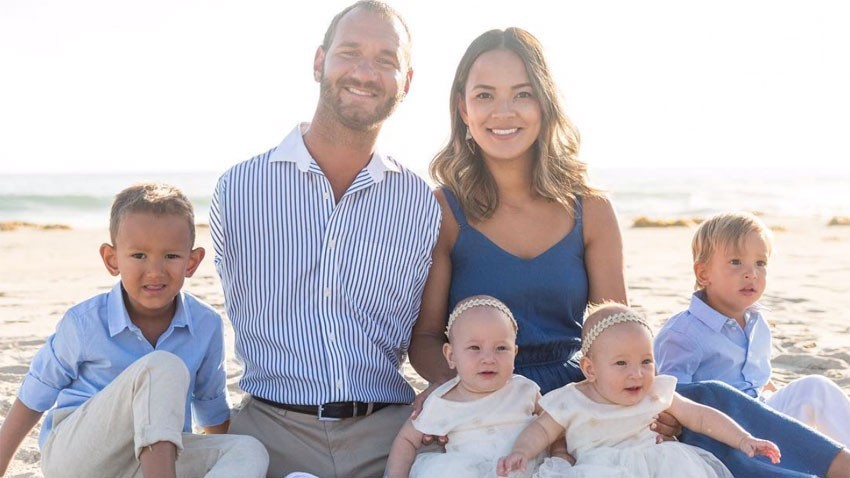 Nick Vujicic
Nicholas James Vujicic, born 4 December 1982, is an Australian Christian evangelist and motivational speaker born with tetra-amelia syndrome, a rare disorder (called phocomelia) characterized by the absence of arms and legs.
He was born with tetra-amelia without fully formed limbs. According to his autobiography, his mother refused to see him or hold him when the nurse held him in front of her, but she and her husband eventually accepted the condition and understood it as “God’s plan for their son.”
Vujicic thrived in his teenage and young adult years despite being bullied.
After his mother showed him a newspaper article about a man dealing with a severe disability when he was seventeen, he started to give talks at his prayer group. Vujicic graduated from Griffith University at the age of 21 with a Bachelor of Commerce degree, with a double major in accountancy and financial planning. In 9 March 2002, he moved to California. In 2008 in McKinney, Texas, near Dallas, he met Kanae Miyahara. They married on February 12, 2012.
The couple has four children !
Nick wrote eight books that were published all over the world.
Quotes:
“If you can’t get a miracle, become one.”
“We easily become trapped in the ‘someday’ mentality. Someday I’ll have all the money I need to enjoy life. Someday I’ll be able to spent more time with my family. Someday I’ll have time to relax and do what i love doing.”
“Pain is Pain. Broken is Broken. FEAR is the Biggest Disability of all. And will PARALYZE you More Than Being in a Wheelchair.”
“…trade the life of self pity, that I was living, for a life of purpose!
“The greater the struggle the more glorious the triumph”
“Have you ever felt trapped in circumstances, then discovered that the only trap was your own lack of vision, lack of courage, or failure to see that you had better options?”
“Yet I also believe that when you do unto others, blessings come to you as well. So if you don’t have a friend, be a friend. If you are having a bad day, make someone else’s day. If your feelings are hurt, heal those of another.”
“… God gave you just one mouth but He gave you two ears, so you should listen twice as much as you speak”
“… for every disability you have, you are blessed with more than enough abilities to overcome your challenges.”
“Some injuries heal more quickly if you keep moving.”
“I have the choice to be angry at God for what i don’t have, or be thankful for what i do have.”
“Life without limbs? Or life without limits?”
“…God’s love is so real that He created you to prove it.”
Marise Akoury