Give up the seats 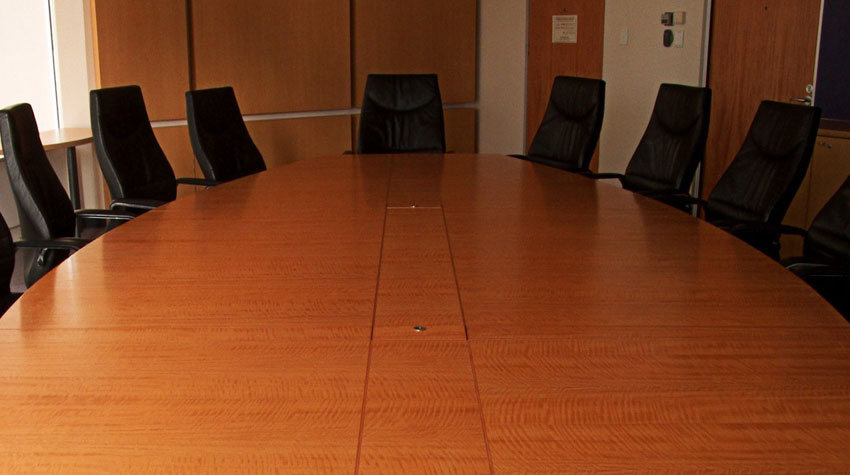 Give up the seats

The 20th century saw the birth of rights for a majority of people. This gave individuals an opportunity to live in an atmosphere of freedom and equality.

Through constant reform in our politics and policies, we are keen to build a world which is united despite its vast diversity – one that will reflect the needs of our time. For as long as history can recall – Hunger, inequality, war and terrorism have been inevitable. Weak political systems and politicians have been liable for societal failures. But there is a way out – where individuals take responsibility for the society they live in – one where they can contribute to specific causes.

The Movement of politics and policy for unity (Mppu) idea of ‘Universal Fraternity’ is nothing new.What is new is the commitment to pursue it as a political concept, and to promote it as the foundation and pillar upon which most institutions can one day rely on.

To develop an approach to politics grounded in what is essentially a spiritual and widely shared idea: unity.

To affirm the principle of fraternity in every way, through activities, policies, laws, rights and duties, and to bring this principle into the reform of local, national and international institutions.

To organise activities, seminars, laboratories, awareness-raising campaigns and conventions to all those involved in politics, diplomacy, public administration or the political sciences.

To create opportunities for constructive political dialogue where the views of all are respected, where there is attentive listening and a sincere attempt to understand others, and where discussion can produce shared ideas.

To promote a culture of participation, so that political decisions at all levels are the result of ideas and choices made within proper decision making processes.

All this began 70 years ago, told us Letizia, when Chiara Lubich met Igino Giordani, then a parliamentarian and well-known intellectual, overwhelmed and involved in the charism of unity. Then in the 60s the first meetings in the Italian Parliament and the Centro S Caterina; then the commitment of many at various levels of politics; and then in 1996 in Naples, Italy, when – in a meeting between Chiara and a group of politicians from different parties – the Movement for politics&policy for unity was born.

I was 20 years old. I was fascinated by these words.

Years later, reading “My dear father”, the biography of De Gasperi, an Italian statesman after World War II, I felt inside me a strong desire to work for the common good. Shortly thereafter, they asked me to participate in municipal elections where I was a politician in the Municipal Assembly and as a counselor for Social Policies.

One day I was walking in a street quite angry because it was winter, there were many homeless people and all the proposals i had made to set up a temporary dormitory failed for reasons of building safety. I suddenly formulated this request: “God, since you say “ask and it will be given to you”, I ask you for a house, for you in the city’s homeless people”. I looked up at a house and saw this sign “For Rent”. To make it short, the City rented that place, the Franciscans with 150 volunteers managed the reception service every evening that winter and in the following winters.

There was Tullio, he had served his sentence in a psychiatric prison for killing his wife. He was a total misfit who could not live inside a house because he always tampered with electrical installations. We allowed him to live on a bench in a public park. One day people started to threaten him. We realized then that even the inconvenience of passers-by must be addressed and luckily we got a caravan where he could live. He did not want to wash or take care of himself. One Friday at lunchtime, when the facilities were closed for the week end, he came and asked me if he could use a public bathroom and possibly have some new clothes. I said yes and then a worker there said he would remain to help. At that point Tullio told us why he wanted to clean himself up. In fact, the next day Tullio, probably the most marginalized in the city, went, with new clothes, to the congress of his party as a full citizen.

At that time we had an ambitious political project: to build a Region beyond the borders between Italy and Austria (those decided by the Paris agreements in 1954). The President of the Italian Republic was alarmed by a dossier of the security services on certain paramilitary groups. He came to Trent, and made a very decisive intervention: “You can have different ideas, desires and perspectives. But the constitutional charter remains a guarantee of everything”. He expressed himself with great respect for regional autonomy, but asked us to slow down, to do so “in unity with Rome and Vienna”. He hit the mark. I felt I had to change my political perspective because I make policy for unity and not to open conflicts. I took paper and pen and wrote a few lines to the President. I gave that sheet to someone from the escort. Two days later I received a phone call from President Scalfaro and in the call an ideal and political understanding between us was born. That clarity of Scalfaro gave a safer and higher tone to the project with common trans-frontier policies.

After 12 years I felt that it was good to give others the opportunity to take responsibility for our city, I worked for the elections (which we won) and then I went back to my regular job. I experienced that it is important to have a job before entering politics in order to be free and that instead of “stealing the seats” it is more convenient “to give up the seats”. Those who succeeded me continued the policies initiated by me and often citizens came up to me on the street to express their gratitude for the policies I had set in place.

After six months they asked me to apply for the Italian Parliament. Even better, I found myself under-secretary in the Ministry of Education. There the story was quite different because the presence of the mafia groups and corruption made it very difficult to govern Italy. I had to re-read all the documents because they changed them at night. They took advantage of pupils with disabilities to give jobs to friends and affiliates. And for the same reason, non-competent people had come to the Ministry and this practice was destroying some good policies of the past.

One day, after the killing of a political militant in the South of Italy, where the most dangerous Mafia dominates, the Minister and I participated at a demonstration with the students. A girl asked: “You, in addition to this march, what do you do for us day by day?” I suddenly remembered that once I had been under great pressure to put a certain person in a committee. It was very clear for me that in this committee other skills were required, but after some months I just decided to give up so as not to waste time opposing this idea. All of a sudden I realized what I had to do for those people: I had to never give up! I publicly promised it. Returning to the Ministry I also understood that I had to call the person who had been recommended and explain to her the situation and reasons. When she arrived, she gave me a small painting, a symbol of her city, and said: “Thank you, I understood that that would not be my place.”

I have experienced that nobody is immune to the temptation of power. I saw this in myself when I felt impatient at a red light. In fact, the blue cars driven by government personnel put the siren on to pass so why did I have to stop with my car, even if I was hurrying for a political commitment? At that moment I realized that the practice of power was changing me and from that moment on, every time I could, I went by foot or by bus so as to have clear in my mind that privileges separate you from your people and that I not close myself off inside a building, but be close to everyone.

Both in Trento and in Rome, the Capital – remembering that God had listened to me for a dormitory – I asked him to let me find the right set of colleagues, people who would be capable, upright and who would possess a broad vision, in order to change things for the better. And I met many of them. One day I said to a senior Ministry of Health official: “I admired how you only look at the common good.” He replied: “I am first of all a citizen who wants the good of this country”. We have tried to take small steps towards change with him and with many others.
But Italy is in a very difficult phase and five years ago, I realized that once again it was better for me not to seek re-election but rather leave room for new energy for my Country.

After being active in politics for 20 years, I can now say that it is true and it is politically convenient: power can be “power of love”, the best political vision is loving the other’s country as your own, and the political intelligence belongs to politicians capable of forgiving their enemy ….
But I am not the only one to have experienced this. . We have a network of politicians, public officials, diplomats, scholars, active citizens, young people, that is active all around the world.