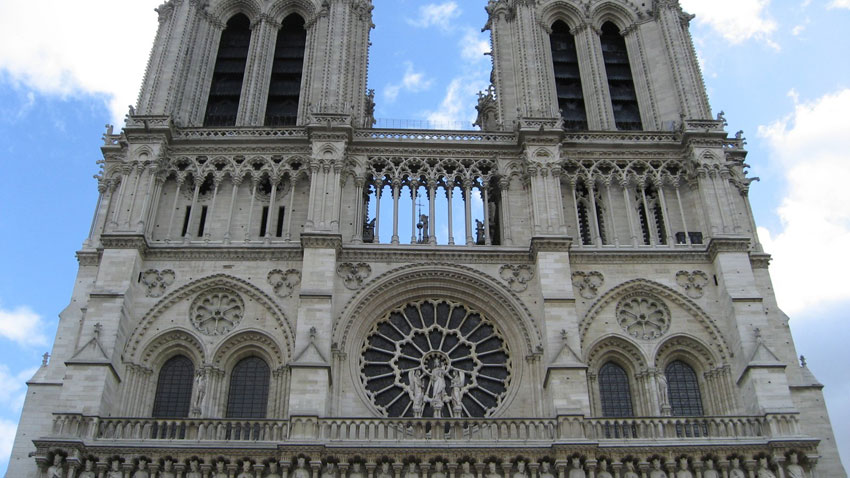 Fire of Notre Dame Cathedral
“I don’t think all Parisian churches will suddenly be full tomorrow,” he says in an interview with New Town. According to him, the desire for the renewal of the living Church has risen. The fire is not perceived as God’s punishment, but as an invitation to renew”.

What are the reactions of the French to the fire of Notre Dame Cathedral?
I was very impressed by one comment I heard on television, one expert dedicated to the monuments said that the greatest, most beautiful, most symbolic works, such as the Paris Cathedral, are also very vulnerable, as we humans are vulnerable.
In France, we have a rooted history of a strong lay movement that is against the Church. But as during other tragic moments, such as terrorist attacks, there is a great unity of all.
At the moment of the tragedy, all politicians, even the extreme right and left, Jean-Luc Mélanchon and Marie Le Pen, who are otherwise violent in their statements, are now in silent respect before what happened.
It can be seen that everyone on the streets or in the shops, regardless of religion, perceives Notre Dame as a cultural root, all of whom were affected, for she has witnessed many historical events of our city.
In one television poll, an agnostic woman who went to the Church of Saint-Séverin near the cathedral, said to the journalist in tears, “I don’t believe in God, but something was driving me to enter this Church to light a candle.”
This is nice, because in those days the division between believers and nonbelievers fell, it was a common grief, it helped create a single soul.

The world was surrounded by pictures of praying Parisians on their knees in front of a burning cathedral. Was it just individual reactions, or did any wave of Christian feelings rise?
It would be awkward to say that it is a Christian wave that has suddenly come to terms with it. Many people left the Church. Ecclesiastical hierarchy no longer entices people to join and does not attract them. But the wave of spontaneous faith is rising.
As Luigino Bruni wrote, many people spontaneously could say Hail Mary, full of grace. None of our clergymen talked about God’s punishment, on the contrary, they talked about calling for deeper experience.
As in 1997, when the World Youth Day was held in Paris, it was the days of special graces, the young, who were naturally walking on the metro along the streets, witnessed their faith with joy, sang to the glory of God, wherever they moved, and then many Parisians approached it. I remember a friend who converted to Christianity when he saw these young people.

So change is possible?
I don’t think tomorrow, all the Parisian churches will suddenly be full. But, for example, in the aforementioned Church of Saint-Séverin, where the Mass was held daily in the side chapel, because there only about twenty people attending, so there must be a mass in the main nave on these days, because the crowd flows to Notre Dame and goes to this nearby temple.
In front of Notre Dame, they are planning to build a hangar that will accommodate pilgrims and tourists who now go there.
Many commentators criticize the fund raising that is being done to restore the cathedral, and tens of millions of euros have been donated by rich people in just a few days, though so much money would never have been collected at all and not at such a rate. Do you think this criticism is justified? 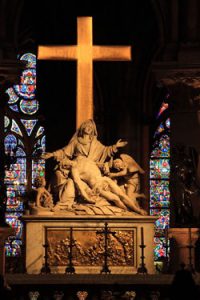 One entrepreneur offered up to 200 million euros. The government even offered a tax reduction on such a gift, but this entrepreneur also rejected this tax cut. The media is arguing about this fund raising. The popular newspaper Le Parisien wrote that when it comes to retirees, resources will not be found, but they will be found in two days to restore the Cathedral.
Everyday bread is important, but besides bread there is also a symbolic value of national unity. Children and the poor were involved in the collection, with people collecting 5 or 10 euros. This event has touched human souls, it is a symbol of the French soul. Notre Dame means Our Lady. The word “our” means that it belongs to all, Mary, who belongs to all, including those who are far from the Church. That’s why people care about this Cathedral.